Karen Burdett of TruGreen Milton Keynes and West Northants is celebrating after winning the title of ‘New Woman Franchisee of the Year’ at the EWIF (Encouraging Women into Franchising) Awards, held in London on 16th May.

It was just last April when Karen left her position in the commercial, customer focused environment she had worked in for 20 years to join the franchise network as TruGreen’s only female franchise owner-operator.  To triumph as winner is the reflection of sheer hard work and early success.

Karen reported fantastic figures after only a few weeks, with an enquiry to quote conversion rate of 99 per cent. Of those quoted, a staggering 96 per cent became customers.

Lawn care is tough, physical work and not for the faint-hearted, but Karen wasn’t fazed in the slightest and showed grit, determination and a genuine desire to get started.

It was this hard work and achievement in this male dominated industry that no doubt contributed to her victory. Karen says, “I’m honoured to have reached the finals of these awards, especially after such a short time as a business owner but to win is incredible!  I have to thank ServiceMaster Ltd and the TruGreen team for all their help and support.”

“The technical support with TruGreen is second to none and the ServiceMaster Company is full of individuals who you can call on at any time for support on a range of things,” adds Karen.

So, could you be our next award winner? We support our franchisees throughout their franchise journey and identify those who deserve particular recognition; many who are entered in to such awards go on to be finalists and beyond.  For further information on the TruGreen franchise opportunity, please click here. 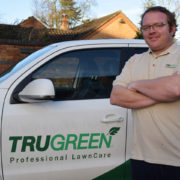 “Go for it, there are lots of opportunities to learn & grow!” 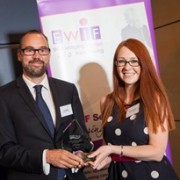 This site uses cookies. By continuing to browse the site, you are agreeing to our use of cookies.

We may request cookies to be set on your device. We use cookies to let us know when you visit our websites, how you interact with us, to enrich your user experience, and to customize your relationship with our website.

Click on the different category headings to find out more. You can also change some of your preferences. Note that blocking some types of cookies may impact your experience on our websites and the services we are able to offer.

These cookies are strictly necessary to provide you with services available through our website and to use some of its features.

Because these cookies are strictly necessary to deliver the website, refuseing them will have impact how our site functions. You always can block or delete cookies by changing your browser settings and force blocking all cookies on this website. But this will always prompt you to accept/refuse cookies when revisiting our site.

We fully respect if you want to refuse cookies but to avoid asking you again and again kindly allow us to store a cookie for that. You are free to opt out any time or opt in for other cookies to get a better experience. If you refuse cookies we will remove all set cookies in our domain.

We provide you with a list of stored cookies on your computer in our domain so you can check what we stored. Due to security reasons we are not able to show or modify cookies from other domains. You can check these in your browser security settings.

These cookies collect information that is used either in aggregate form to help us understand how our website is being used or how effective our marketing campaigns are, or to help us customize our website and application for you in order to enhance your experience.

If you do not want that we track your visit to our site you can disable tracking in your browser here:

We also use different external services like Google Webfonts, Google Maps, and external Video providers. Since these providers may collect personal data like your IP address we allow you to block them here. Please be aware that this might heavily reduce the functionality and appearance of our site. Changes will take effect once you reload the page.