September 2018 marks a very important point in Steve’s career as he hits the big FOUR-ZERO for his years of contribution to the lawn care sector.

Steve Welch joined ServiceMaster almost 9 years ago to take care of our TruGreen franchise brand with his expertise in the wonderful world of lawn care. Steve brought with him a wealth of knowledge which he has passed on to our brand and our TruGreen business owners.

Having started his career in lawn care in 1978 at Leicester City Football Club, Steve spent 18 years there perfecting his craft and gained qualifications in lawn care and a degree in Business Management. Steve went on to share his expertise with Nottingham Forest Football club for several years and then spent 4 years working as the Grounds Manager at Wembley National Stadium.

Steve joined TruGreen Professional Lawn Care as the Brand Manager in 2009 and we have been fortunate enough to benefit from Steve’s experience and expertise ever since. 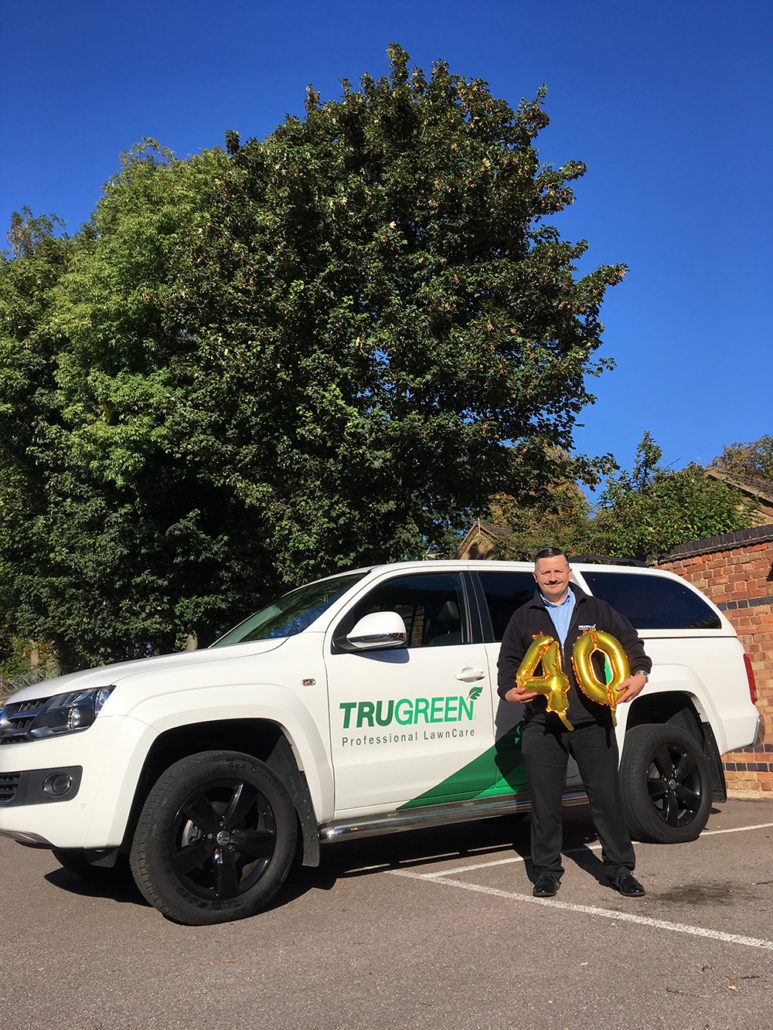 Here are some of Steve’s highlights throughout his career

It is essential for an individual to join a brand that has a brand leader who is motivated, experienced and has a wealth of expertise. Steve is always on hand to answer any questions, provide further information and offer guidance to those who need it in a range of scenarios.

“Steve Welch is the USP which puts TG the number one choice for me.” – Karen Burdett, TruGreen Milton Keynes

“I chose TruGreen because I thought that they offered the best support around the technical aspects of lawncare and I have not been disappointed.” – Jonathan Bell, TruGreen Downlands

“The level of knowledge and expertise brand manager, Steve Welch has on lawn care is second to none.” – Martin Horton – TruGreen East Herfordshire & North Essex

“I needed to know I was investing in a company I could work with, after meeting with Steve and the team, I soon realised I would be confident in the service I was delivering with the TruGreen support team behind me.” – Mike Lethbridge, TruGreen Newbury & Basingstoke

Congratulations Steve, here’s to the next 40!

So if you are looking to partner up with a world-renowned franchisor, work with a leadership team with a great deal of knowledge and expertise, why not give us a call on 0116 275 9005 or email franchisesales@servicemaster.co.uk

TruGreen Franchise – 2018 round up!
Scroll to top