TruGreen North Hants and West Surrey has been awarded Franchisee of the Year for 2017!

TruGreen North Hants and West Surrey is a franchise owned and managed by Oliver Green who has been successfully servicing lawns since 2005.

Awards are given out each year to celebrate and recognise achievements in the categories of Growth, People, Customer and Investment, these headings form part of the organisational “North Star” used as is a simple guide to cultural performance and strategic execution for all stakeholders across the ServiceMaster community. 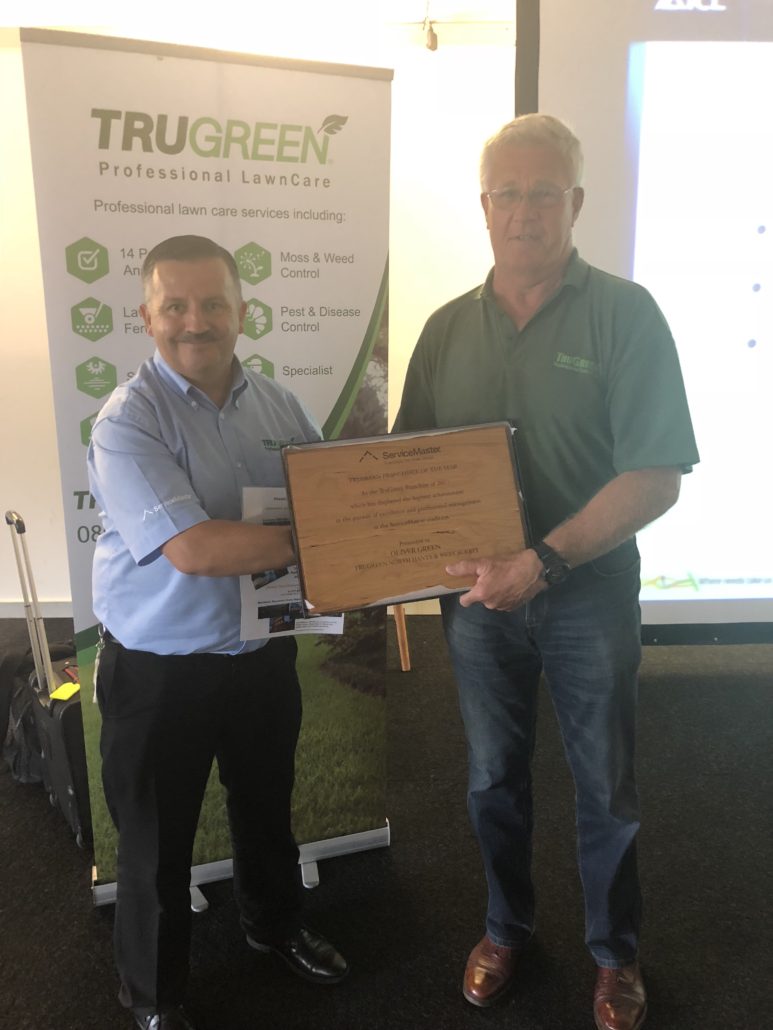 “I’m beyond thrilled, it’s an exciting achievement to have won franchisee of the year, and for the second year running. I think it demonstrates not only that we are growing year on year, but also how important team work is to us”.

‘TruGreen has a great network of people within it and there was tough competition throughout the year,”

Having previously worked as a teacher and then deputy head teacher, Oliver has now worked in lawncare for over 12 years and says he doesn’t regret his decision for one second.

When asked what made him make the jump, he said:

“I love working outdoors and so when the time came that I was looking for a change, I wanted something that would give me this style of life, TruGreen LawnCare offers  exactly that. I instantly liked the franchise opportunity and can honestly say the entire experience has also been great fun!”

“Olly is a worthy winner of the TruGreen Franchisee of the year award, as he is fully focussed on growing his business through operating the proven franchise model.”

If you would like to find out how you could be the worthy winner of such a prestigious award some day, speak a member of our franchise recruitment team on 0116 295 9005 or franchisesales@servicemaster.co.uk – we look forward to hearing from you soon!

Matt is swapping his wellies for biker boots!
Scroll to top